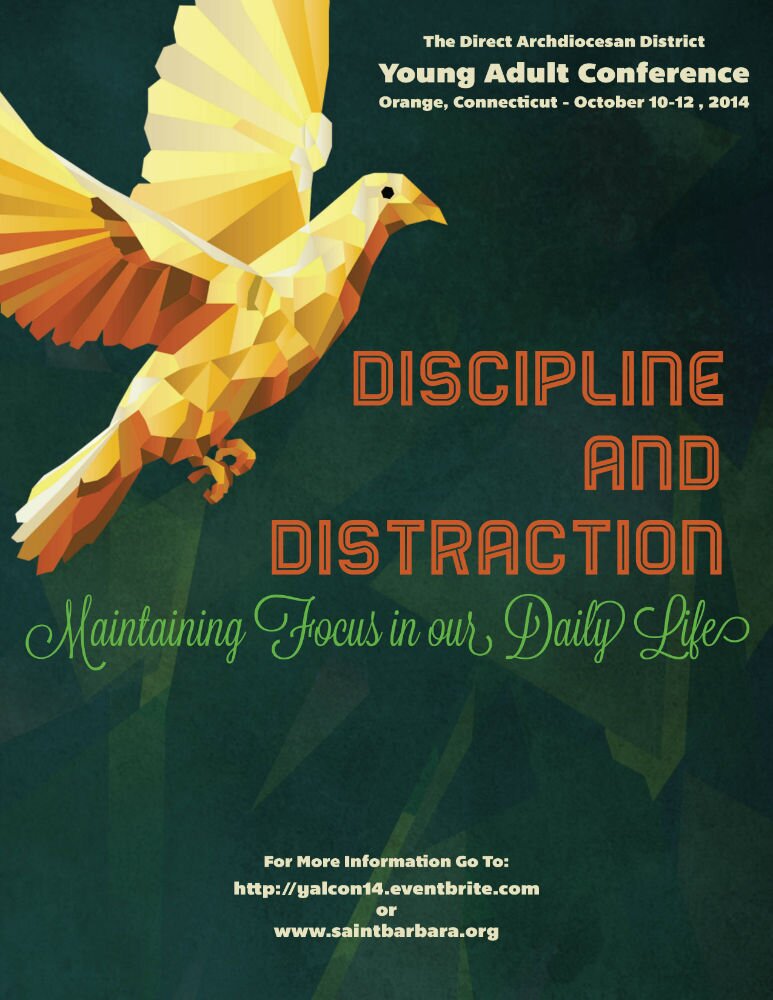 Discipline and Distraction: Maintaining Focus in our Daily Life

In October of 2014, the community of Saint Barbara in Orange, Connecticut hosted the Young Adult Conference for the Direct Archdiocesan District.  Below please find the biographies of the speakers of the conference. To hear a recording of the presentations simply click on the links below.

Father Peter has been the Proistamenos of Saint Barbara since 1996.

Paulette Poulos has been associated with the Greek Orthodox Archdiocese throughout her working career. She joined the Greek Orthodox Archdiocese in 1965 and has served in various capacities of increasing responsibilities. From 1984 to 1996, she served as Archbishop Iakovos’ administrator and was the driving force in raising the necessary funds to complete the Archbishop Iakovos Library and Research Center in Brookline, Massachusetts. Her dedication and loyalty to the Church and to Archbishop Iakovos is widely recognized as helping him remain active in the ecclesiastical life until his passing in April 2005. A few months later she was appointed the Director of Development of the Archbishop Iakovos Leadership 100 Endowment Fund and in 2006 was named the Fund’s Executive Director. This is a recording of the presentation she offered at the closing luncheon of the Direct Archdiocesan District Young Adult Conference in Orange, Connecticut. 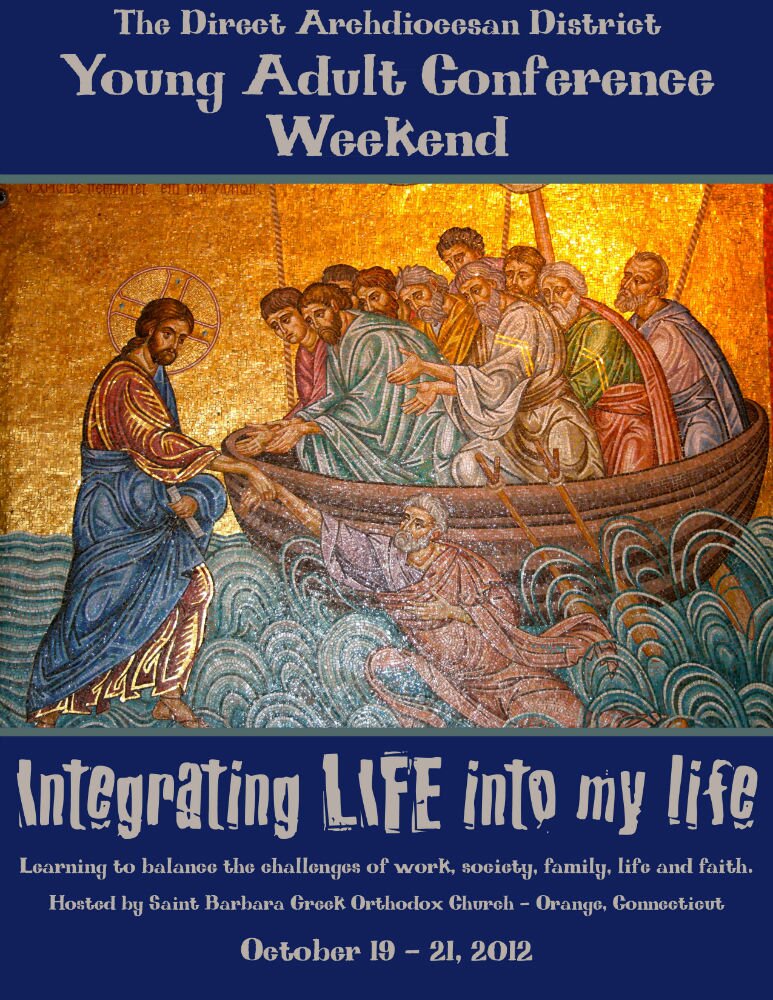 Integrating LIFE into my life: Learning to balance the challenges of work, society, family, life and faith.

In October of 2012, the community of Saint Barbara in Orange, Connecticut hosted the Young Adult Conference for the Direct Archdiocesan District.  Below please find the speakers of the conference and the titles of their talks.  To hear a recording of the presentations simply click on the links below.

Theo is the Internet Ministries and Infromation Technology Director of the Greek Orthodox Archdiocese of America and a Graduate of Holy Cross Greek Orthodox School of Theology.

Dr. George Demacopoulos: "Lessons Learned From The Past and Applying The On-Going Principles of Faith to the Present"

George is an Associate Professor of Historical Theology at Fordham University specializing in the History of Christianity for Late Antiquity, the Early Medieval West and Byzantium.  He is a Co-Founding Director of the Orthodox Christian Studies Center of Fordham University.

Dr. Philip Mamakakis: "Navigating The Relationship Pool: Balancing life and faith in relationships, whether we are in college, the workplace, single, dating or married."

Philip is an Assistant Professor of Pastoral Care at Holy Cross Greek Orthodox School of Theology and the Director of the Field Education Program and is currently collaboraing with the Greek Orthodox Archdiocese of Marriage and Family indeveloping an Orthodox marriage preparation program.  His research is in the areas of Orthodox pastoral theology, Orthodox parenting, marriage and family life.

Aphrodite is a two term President of the National Ladies Philoptochos Society of the Greek Orthodox Archdiocese of America.  During her tenure Philoptochos initiated a major "Go Green" campaign to preserve our environment and create efficiencies in communication and embraced the major campaign to secure a permament home for Philoptochos in New York City.

Father Peter has been the Proistamenos of Saint Barbara since 1996.  Prior to his appointment he served for three years as the Deacon to His Eminence Archbishop Iakovos of the Greek Orthodox Archdiocese of North and South America.